FREE SHIPPING in Canada over $99!
[email protected]
Follow us!
My Wishlist 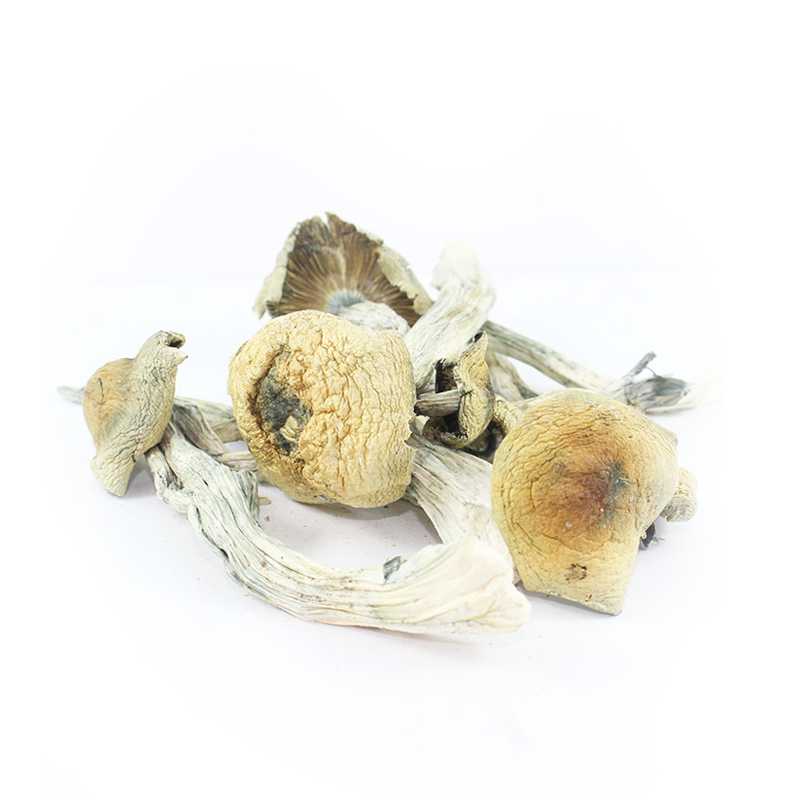 Jerry Garcia magic mushrooms represent a generation of new strains that not only have a rich history attached to them but also provide a thrilling experience that keeps consumers coming back for more. This above-average potent shroom strain is an excellent choice to share with friends while trying out new activities like hiking or camping. Alternatively, you can take Jerry Garcia shrooms on a solo ride to personal rediscovery. Whichever path you choose, you can be assured of a one-of-a-kind experience. Below is everything you need to know about this magical shroom strain.

These shrooms were named in memory and honor of the late singer, songwriter, and guitarist - Jerry Garcia. The legend and his band, the Grateful Dead, played a significant role in shaping the counter culture movement experienced in the 60s and 70s. During this time, the use of drugs such as DMT, LSD, and magic mushrooms was quite widespread. Jerry Garcia was a regular consumer of shrooms and other drugs, and as a public figure, this popularized their use. After years of entertaining millions of music fans around the world, Jerry Garcia died at the age of 53 due to cardiac arrest.

The Jerry Garcia shroom strain features medium-sized, sturdy caps that take on a light, golden hue. You can spot some grey specks across the entire shroom, which gives it a unique appearance.

The stipe/stems are thick and meaty. The shrooms have a whitish or near-grey appearance, which gives them a look similar to albino shroom strains. In general, Jerry Garcia shrooms are average-sized and have a visually appealing appearance.

These shrooms boast of an above-average potency. Consequently, the strain is ideal for novice and experienced consumers alike. The recommended dose for new consumers for a psychedelic trip is 1.5 to 2 grams for new consumers and 2.5 to 3.5 for more experienced individuals. Jerry Garcia effects present within 30 to 45 minutes after consumption and last between 3 to 6 hours, depending on the dosage taken and previous experience with shrooms.

Moderate doses of Jerry Garcia provide potent euphoria that keeps consumers excited, upbeat, and ready for some action. Since the physical effects are not overwhelming, it is possible to take Jerry Garcia and engage in outdoor activities like camping, taking a walk, hiking, or hanging out at the beach with friends. With this shroom, one becomes more insightful, more open to considering other people’s opinions, and more inclined to music. You will appreciate music beats, lyrics, and art in general.

In higher doses, Jerry Springer magic mushrooms provide powerful visuals, enlightenment, and a spiritual experience. One becomes more aware of the surroundings, and patterns that would otherwise go unnoticed become apparent. Everything within your environment may appear as if it is breathing. Once you give yourself up to the experience, ego death becomes inevitable, leading to a fresh perspective of the world and people around you.