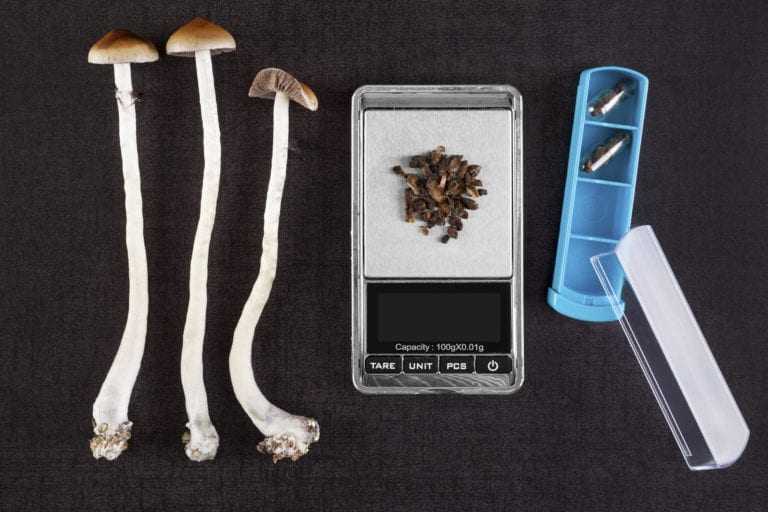 With the Legalization of Cannabis in Canada, obtaining medical cannabis has been a struggle for some. While the recreational side of Cannabis seems to be booming, the care required for medical users has been diminished.
The legalization has also brought a discussion into our society with the big question being, what other medical substances have we wrongly classified. Before the war on drugs started, we had already begun this discussion. Scientists were in a frenzy about the therapeutic and mood-enhancing properties of magic mushrooms. The discussion has recently taken new light with the results of John Hopkins releasing a paper on the effects of psilocybin administration. The participants of the study had no prior psychedelic experience and unanimously documented that taking psilocybin was

One of the most important experiences of their live

With the results like the one from John Hopkins, it’s easy to see the push for decriminalization of plant psychedelics. The US has been taking large strides in the decriminalization, with many Canadians hoping to follow in the footsteps. Canadians can already purchase psilocybin online here just like Cannabis.

However, to better understand why medical cannabis users are moving toward psilocybin, we first look at what are shrooms?

What are Magic Mushrooms? 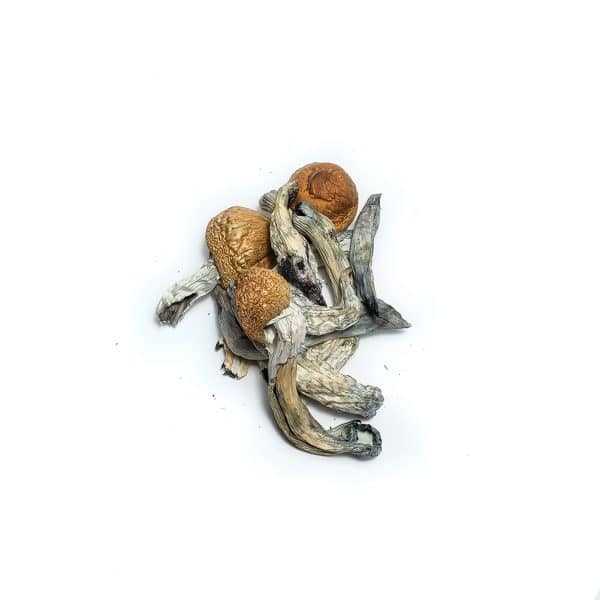 Psilocybe cubensis, more commonly known as magic mushrooms, are a fungus that grows in a variety of forms. Also known as shrooms, the fungus has been used for over nine thousand years. Currently, the drug is mostly used recreationally.
People often refer to them as “magic” mushrooms due to their “magical” effects on one’s brain. However, the scientific name for shrooms is far less flattering; Baldhead.
Shrooms grow in different parts of Europe, Africa, and America. They are most famous for their psychedelic properties.

Magic Mushrooms or shrooms have thousands of different strains. Like cannabis, each strain has a slightly different high. Golden Teachers, the most common strain, have been known to be the most user-friendly strain. The main active compound in Magic Mushrooms is Psilocybe or Psilocybin. Each strain has different compounds contributing to different effect, however, they all contain psilocybin.

While recreational dosing is generally non-specific, recently popularized therapeutic methods of administration are referred to as Microdosing.

Microdosing being a non-psychoactive dose of psilocybin is becoming very popular for people looking to increase cognitive benefits and overall wellbeing.

Medical cannabis users with treatment-resistant symptoms may find additional benefit incorporating psilocybin into their routine, both in microdoses and supervised macrodoses (heroic dose) 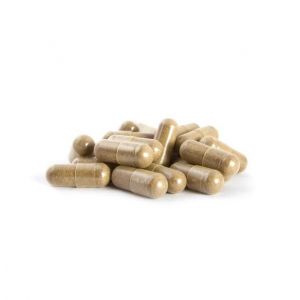 Over 300 million people worldwide suffer from depression according to the World Health Organization: currently making clinical depression the leading cause of disability.

An estimated 1 in 7 Canadians is currently taking some kind of psychiatric drug, primarily antidepressants. Unfortunately, it’s shown that these drugs are not providing the intended relief for patients. Pharmaceutical companies may not have designed these drugs to heal people, but our planet. created a solution.
Magic Mushroom Psilocybin treatment is different. By re-alining the brain’s default mode network, magic mushrooms promotes neuroplasticity and allows different regions of the brain to interact and communicate in new and novel ways.

The result has been so promising that in 2018 the FDA granted psilocybin for treatment in depression “breakthrough therapy” status. 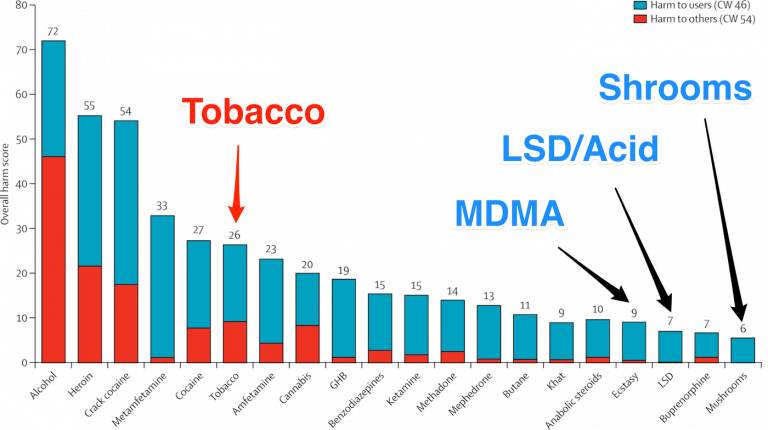 Magic Mushrooms are natural, non-toxic, and  non-addictive. Recently, in a study conducted by Imperial College of London, they assesed the saftey of the twently widely consumer psychoactive substances. Reseaachers of this substance study found magic mushrooms to be the safest substance. Psilocybin shrooms were 12 times safer than alchohol and more than four times safer than tobacco. 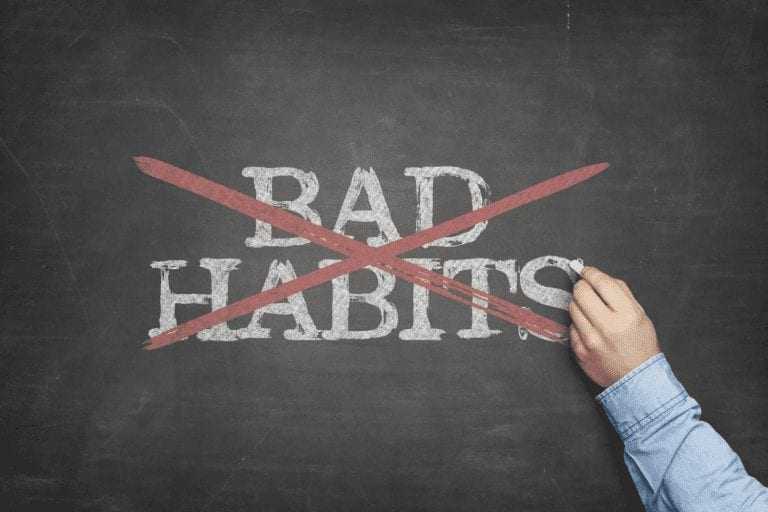 Researchers have found the use of psychedelic magic mushrooms work to break habits, like smoking. While the exact reason for this is still unknown, medical psilocybin users say it makes them to make changes in terms of understanding what’s really important to them. Most say they acquire more insight into what’s healthy and unhealthy and what they would rather be doing lorn-term.

4. One trip can have positive effects for months 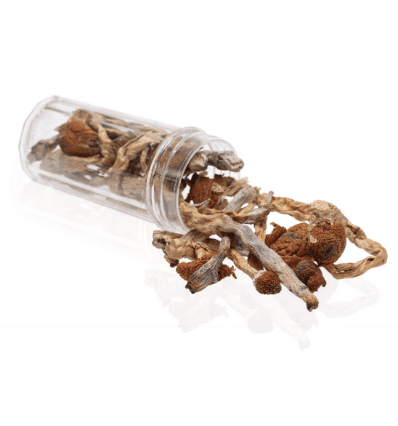 The real magic from these mushrooms can be found the following 3-6 months after a heroic dose. Notably, a group of John Hopkins study participants said they felt the results for the following 3 – 6 months following their psilocybin administration. In more recent studies, psychologically distressed cancer patients have shown that psilocybin decreases anxiety and depression and increases quality of life for at least a month and maybe more. 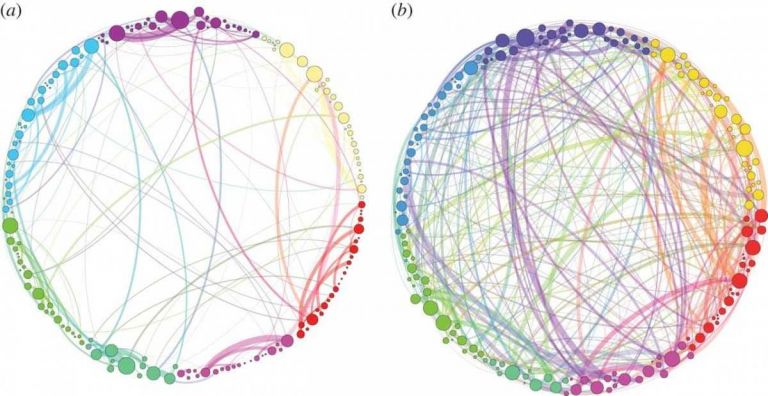 Underlying all the research of improved mental health with psilocybin magic mushrooms, a new study by Maastricht University has focused on the effects of long term creativity. Understanding being creative as multi component construct, the university tested on divergent thinking (generating more ideas) and convergent thinking (providing the best solution) to gague results. 50 participants were tested the morning after their trip and 7 days after.

The researchers found increases in divergent thinking during the morning after test, but the most interesting results came from the survey 7 days later as the convergent thinking performance increased. Researchers see this combination of improved thinking as a window of opportunity into the creative mind. Users can generate new ideas during and the flowing day after their trip and use the increase of convergent thinking to analyze the best options and oppertunities.

Where to buy psilocybin micro-doses?

Dose with confidence with Osmosis microdosing psilocybin shrooms. Available with active ingredient in multiple doses: 50mg 150mg 200mg 350mg. Osmosis is a microdosing blend of Golden Teacher Psilocybe shrooms and other natural supplements. Benefits of microdosing psilocybin can include increased consciousness, creativity, decreased social anxiety and an increased feeling of presence. Microdosing can be used as a form of therapy, and/or to promote an overall feeling of well-being and conceitedness.